I watched a bunch of YouTube videos about Spitfires and GT6s tonight. I also aggressively scanned my favorite forum for various items and continued adding my old CDs to my iTunes library so I can listen to music while I work on the car. All, of course, to motivate me to "damn the cold" and work on the Spitfire. We'll see how that goes.

Tomorrow should be relatively open, though I have hockey to attend (Hartford Wolfpack) tomorrow evening at 7:05. So, if I can strip off the rest of the black car's suspension and maybe some other items, I can move forward. Here's to putting a post up on Sunday with some progress!! 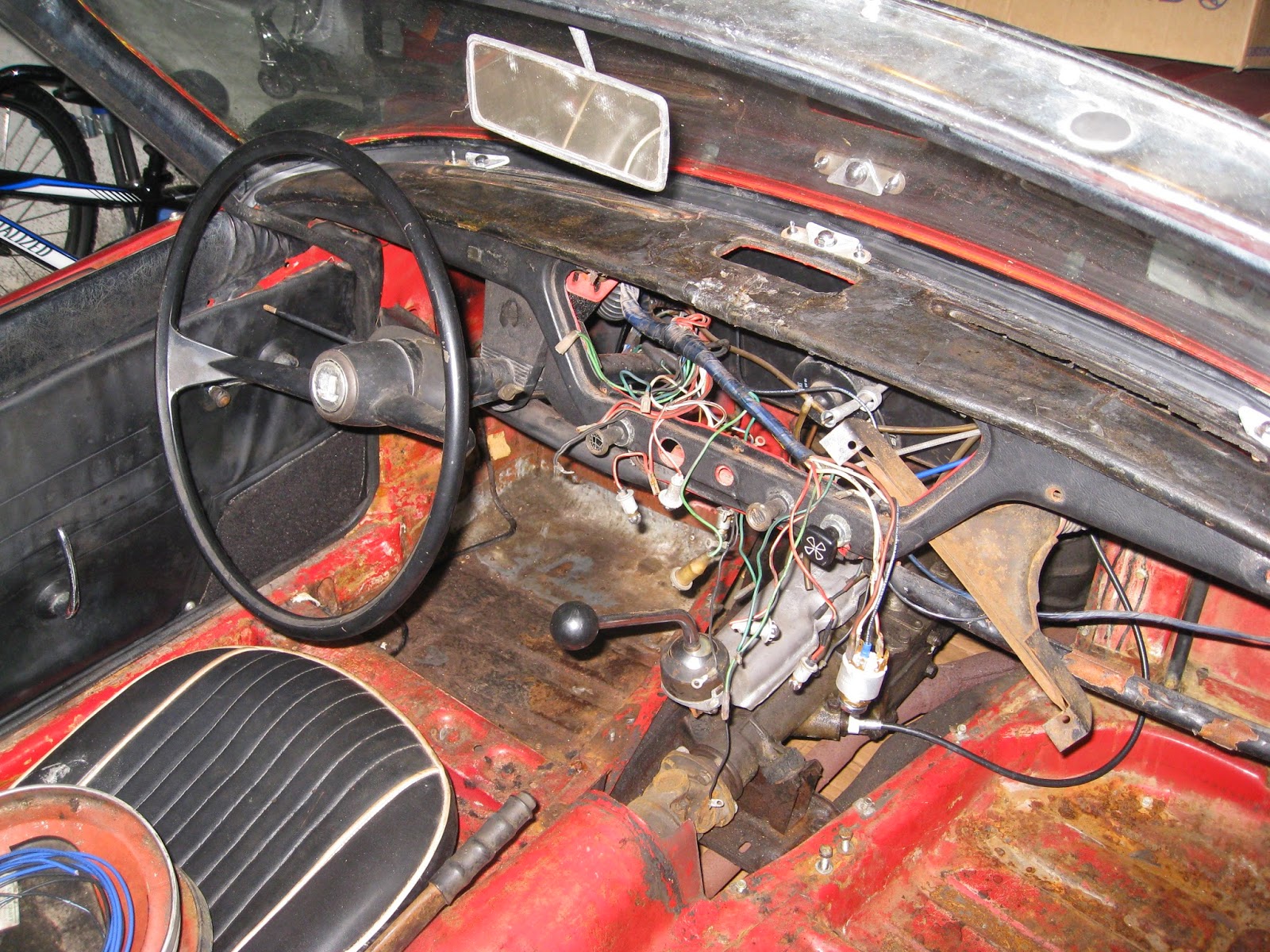 Winter is Eating My Will to Live!

My post title is a "shout out" to someone that I recognize on my favorite forum as a regular contributor. Thanks, Mike, for telling it like it is. Winter is sucking the life out of me...and my desire/ability to work on the car. I have made some progress, but it is only on the suspension pieces of the '64 that I stripped in November.

The weather outside right now is supposed to be rain...not too sure, but we'll see. Tomorrow is supposed to be "warm", so we'll see about that, too. Maybe if it actually is I'll do some stuff in the garage. But, then again, me and the #1 son will be watching Daytona, so who knows.

The point of the post is that I'm still alive, I've got a new windshield and tires on the Fit and life is good, if not a little cold. Take care, all, and here's to an early spring!
Posted by Chris at 10:59 PM No comments:

Yes, I'm still alive. No, I haven't done a darn thing with the Spitfire. However, I have been keeping up with the more recent TRF sales and have been ordering parts as I find things I need (that's a lot of things...about $600 since my last post).

On a totally separate note from my Triumph, I was taking my 2009 Honda Fit to get new tires. I've been working shift work on the night shift (about 8:30pm until around 7am) for several weeks now so my normal family life has been pretty much crap. However, this Friday I did not intend to go into work, so, after some early morning errands, I wanted to take the wife to get tires (yes, great date, I know) and then an actual lunch date after that before I went to bed to try and maintain my sleep schedule.

As some of you may know, we've gotten a lot of snow up here the last few days. Specifically, around 2 feet of snow fell at my house, with drifts of 4-6 feet...pretty impressive. I don't expect to see my front yard until April. The snow only accentuated the necessity for new tires on the Fit. Around 10am Friday morning, we started our trip to a local tire store. After coming off southbound I-95, exit 74 in CT, we make a big loop to head northbound towards the store. Turns out a state snow plow was taking care of business at the same time. So, at the exact instant that I come out from under the overpass, a LOT of snow/ice falls from the highway, kicked over by the plow. Not sure how much it was, but it totally destroyed my windshield.

Thankfully, the mass of snow/ice didn't hit anywhere else and the rest of the car was fine. I was actually calm during the entire event (must have been that Navy training), maintained my speed and was able to pull into the next parking lot (a Mobil gas station) without incident - though I couldn't see). The wife--she hyperventilated for about 5 minutes.

We called the Police (they were AWESOME), a tow truck (cops arranged that for us), my insurance company (USAA, windshield and tow 100% covered), and Safelite AutoGlass who came out today to replace my glass which, thanks to USAA, was replaced without deductible (state law).

While I would NOT recommend this experience to anyone, it was overall a positive one. I wrote the CT State DOT today to let them know that they really messed up my date with the wife, but I don't expect much to come of it since I was not financially impacted. The new windshield looks damn cool, though!