In the spirit of trying to return the car to its "as original as I can get it" condition, I did some electrical work today. Assuming I'm still having intermittent/weak spark problems, I went after possible ground leakages because some of the modifications to the car included installing oil and ammeter gauges. I also decided to take out the radio. Removal of those parts resulted in me finding a brown wire (part of the original harness) hanging, unconnected, near the ignition switch. A blue wire installed by the PO was running from the ignition switch, through the firewall, to the starter solenoid. Unfortunately, I was unable to trace that brown wire from the connection I found hanging to its next termination point...odd, because I expected the other end to go to the starter solenoid. Seems like they liked brown for the ignition system.

In that search, I also discovered another brown wire that was cut in half close to the voltage regulator and another (didn't test to see if it was the same wire) at the starter solenoid. This brown one was wrapped together with the blue one the PO put in on the ignition switch...at least it looks like he soldered them. 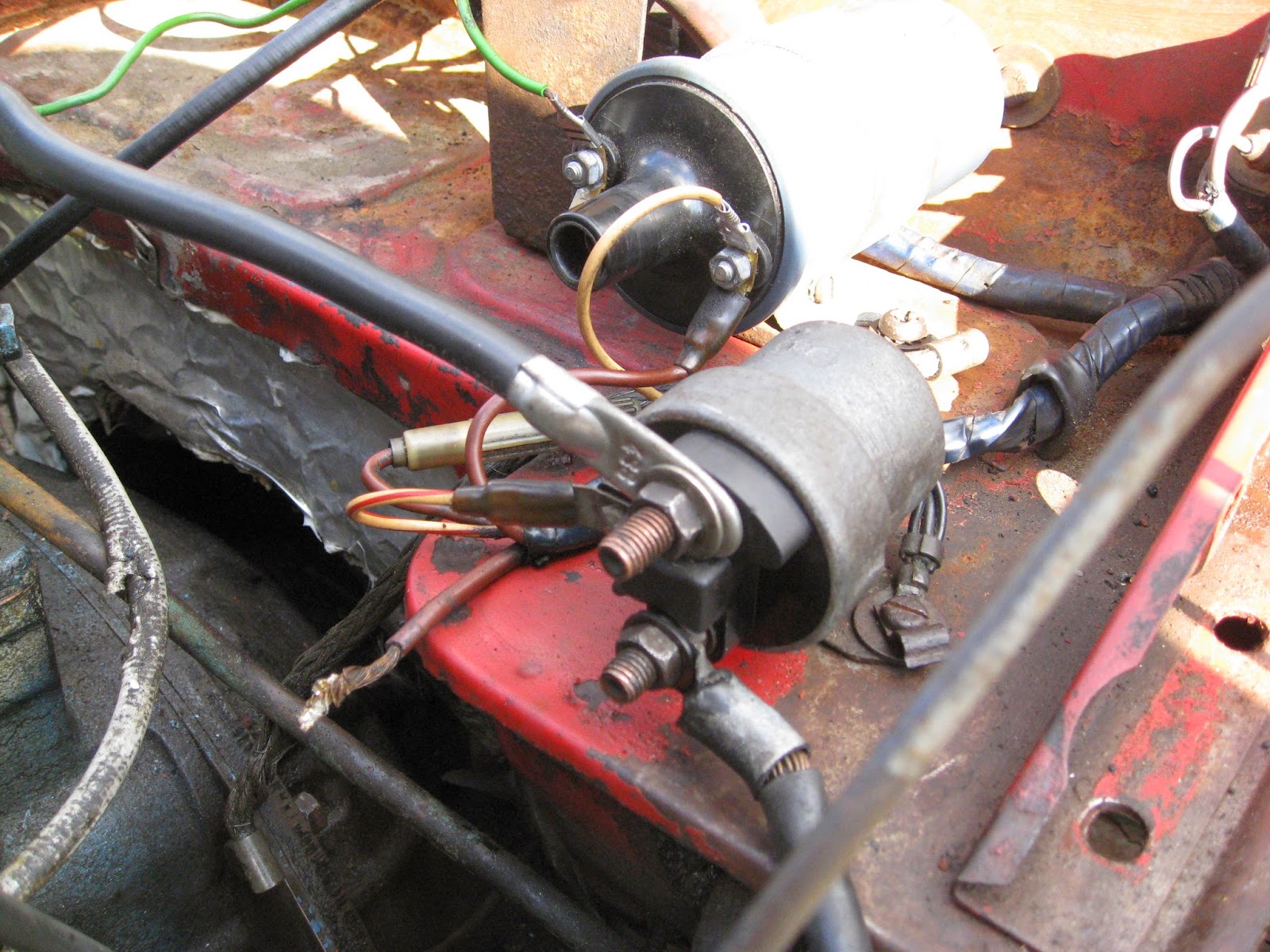 So, all in all, the electrical system has had "minor" modifications to it. But, they are less than my old Midget. So, since my whole goal tomorrow will be working on the car (now that the kids are in school, my trips to the New Haven VA Hospital are done and I'm still "retired"), I hope to at least get the wiring sorted out if not fixed. Deep down, however, I'm pretty sure that I'm going to do all of this work and will still have a weak/intermittent spark...but who knows. Happy thoughts!

Oh, and I located the "fuse box" (sorry the pictures sucks...camera wouldn't focus in low light under the dash). There are two fuses in it (love it!) at the top and bottom. And, turns out, I think they are the original fuses. How this is, I do not know. If you look at the picture above, to the immediate left of the starter solenoid, you'll see a fuse holder...that fuse has been replaced in the past. However, the fuses under the dash have soldered ends (which I haven't seen since my first submarine, and we had to get rid of them) and little pieces of paper inside of them that say "Lucas" on them. One under the dash, the horn, I think, that was in a fuse holder cartridge was blown (it's just above the fuse block in the below pic) and I replaced it with one of the two installed spares in the fuse block (they are sticking straight out at you below). Got to love the Brits...then knew these cars were going to break a gave you things like two spare fuses and a button on the starter solenoid. 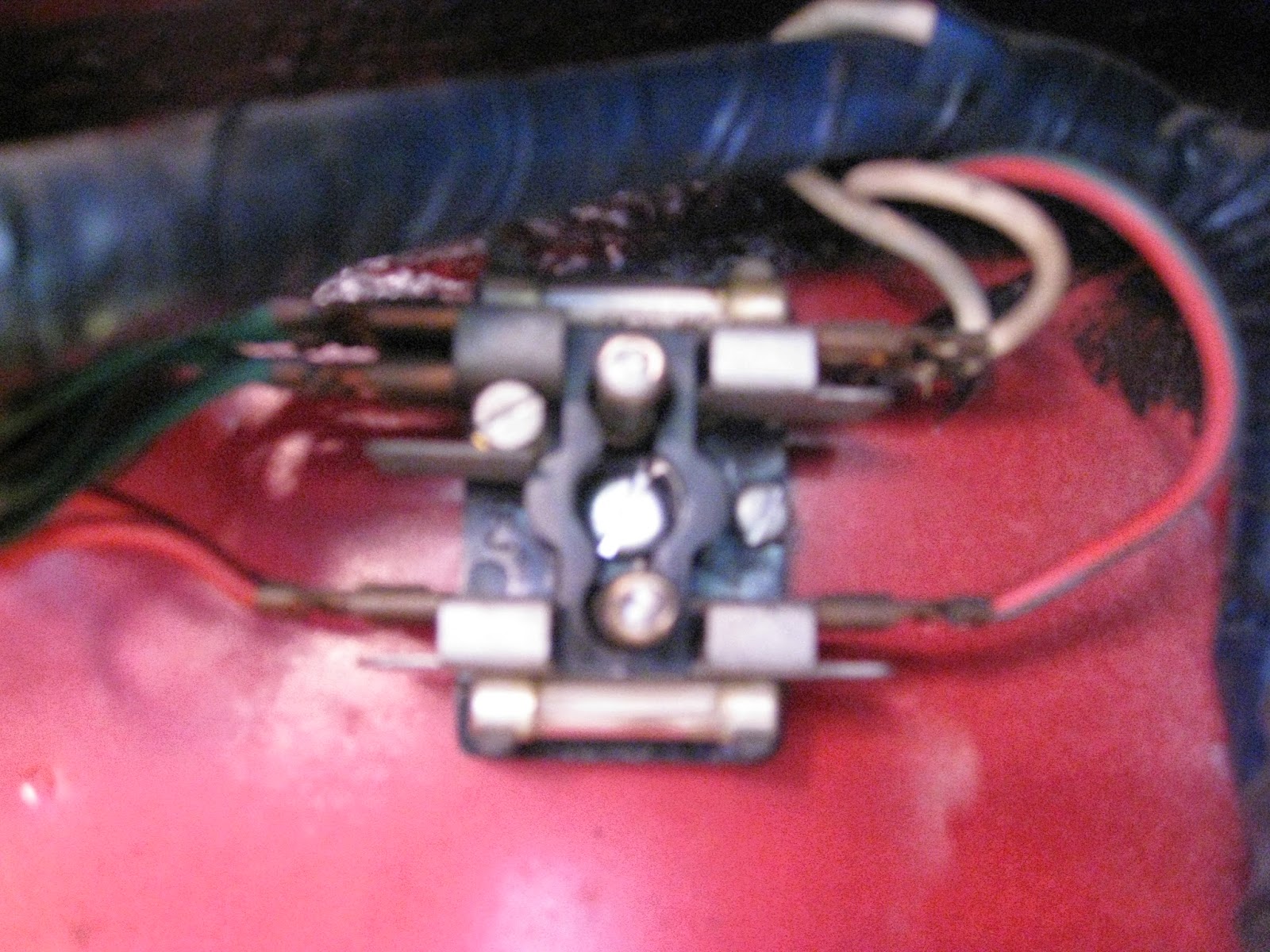 I also went ahead and pulled the entire brake and clutch pedal assemblies from the car, following my removal of the master cylinders a few days ago. They were pretty gunked up due to leaking brake fluid over the years but not corroded. 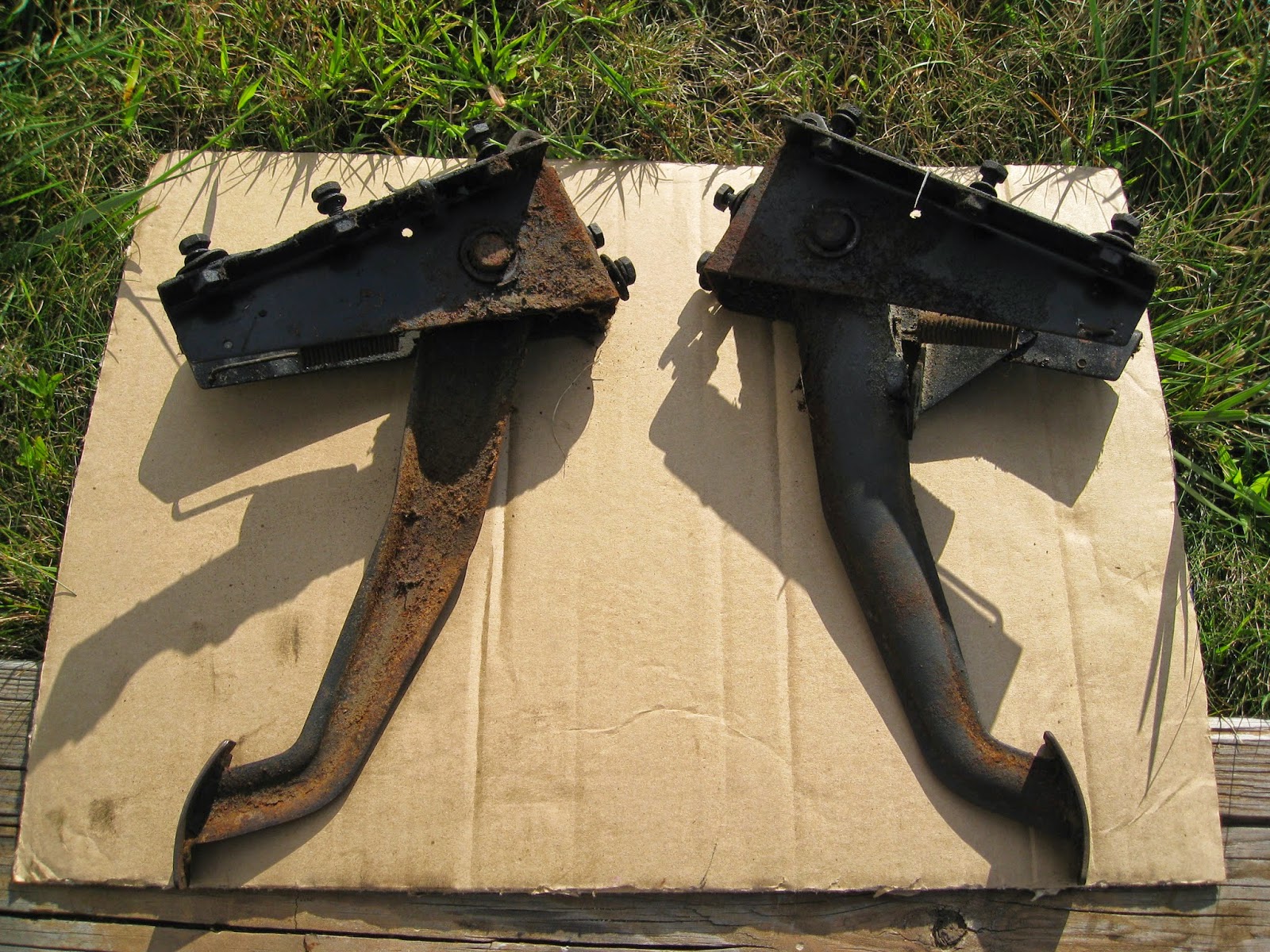 So, with my brother's recommendation to use Purple Power, diluted, as a degreaser, I will be soaking those, my brake and clutch master cylinders and my brake calipers in a 5-gallon bucket overnight. Hopefully that will break up a lot of gunk and I can get all of those things broken down, rebuilt, and put back together.

In the meantime, my goal will still be to try and get her running. I wish I know what I did that first day because I had good spark and had her (almost) running on starter fluid. I'll have to rebuild the SU carbs, but I think she'll run without that.  I need to get better organized and not try to tackle too much at once, or at least fall prey to "shiny object".  However, sometimes I find it good to shift to another, more brainless area (like removing pedals) to occupy me while I think about the more complex problems (like getting her to start!).
Posted by Chris at 10:45 PM